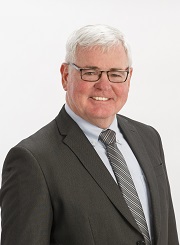 Robert (Bob) Heger began his career in 1978 when he joined Crandall Dry Dock as an entry level engineer. After working at Crandall Bob co-founded Heger Dry Dock in 1998. With his previous tenure at Crandall Dry Dock, Bob has over 44 years of experience working with drydocks of all types, rightfully considered the subject-matter-expert related to floating drydocks. Bob is very well known in the US maritime industry, NAVSEA, NAVFAC & MSC and is the primary author of Heger Dry Dock’s ‘Dockmaster’s Manual’ that is widely used by industry professionals, domestic and international. Bob’s immense expertise related to structural engineering and naval architecture aspects of floating drydock operations, simplicity in his designs, constant improvements to known drydock features through inspections and interactions with drydock operators, and development of new ways-and-means have in many ways revolutionized the drydocking industry over the last few decades. Bob has conducted many Dockmaster training seminars, and has been an expert witness in various types of legal cases involving drydocks. Bob is a graduate of Tufts University with a Bachelor’s degree in Civil Engineering, and is a registered Professional Engineer.

About The William M. Kennedy Award

The William M. Kennedy Award is for "Outstanding Service and Contribution in the Development of Systems and Planning Applying to Shipbuilding and Ship Repair".

It was established by the Executive Committee in 1980 in accordance with the terms of the will of its namesake, William M. Kennedy.

The title will be "The William M. Kennedy Award." The award consists of a certificate suitably framed plus one thousand dollars. Eligibility for the award need not be limited to membership in SNAME. The proposal for this award may be made by a member of SNAME in good standing. The selection of the nominee for the award shall be made by the Awards Committee of SNAME. Announcement and presentation of the award will be made at the Ship Production Symposium or at such time as the President of SNAME may arrange. The award may be made annually.