for Advanced Study in Ship Hydrodynamics and Wave Theory

John Vroman Wehausen, professor of engineering science, emeritus, at the University of California, Berkeley, and a world leader in the field of marine hydrodymanics. Besides being a popular and dedicated teacher, at the University of California, Berkeley, Wehausen contributed to original scientific research in the areas of ship waves, ship maneuverability, floating systems in waves, and ship-generated solitary waves. He was an advocate of systematic theoretical analysis based on rational mechanics principles.

The John V. Wehausen Scholarship is part of the SNAME Graduate Scholarships Program, open to applicants worldwide who are members, in good standing, of SNAME that preferably express an interest in the study of ship hydrodynamics and wave theory, though that is not a requirement. Awards are made for one year of study leading to a Master's Degree.  Applicants must not receive their Master's Degree prior to 1 September of the academic year for which the scholarship applies.

Scholarships for one year of study for the named scholarship may be awarded. 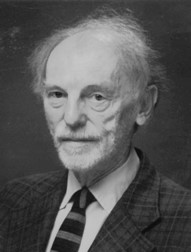