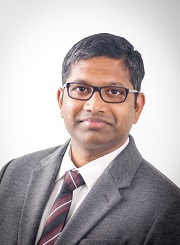 Mr. Karri is the Vice President of Operations at TAI Engineers, LLC (TAI), a full-service Naval Architecture and Marine Engineering company. TAI is a wholly owned subsidiary of S&B Infrastructure, Ltd. Mr. Karri manages various ship design projects and mentors design innovation, technical outreach, and professional growth across the company. Mr. Karri worked on many commercial and government ship design projects over the years with two of them recognized as the Significant Boats of the Year by the International Workboat. Mr. Karri focuses on a holistic ship design approach (Commercial, Gov’t/Navy Aux. Ships). Areas of interest include but are not limited to hydrodynamics, structures, stability, design optimization, machine learning, digital twin, noise and vibrations, shipbuilding, production design, and producibility. Mr. Karri is also the Design Integration Manager for the latest heavy polar icebreaker, the Polar Security Cutter program, for the U.S. Coast Guard. Mr. Karri has a Master’s in Naval Architecture and Marine Engineering from the University of New Orleans, and a Bachelor’s in Naval Architecture from Andhra University. He is also a SNAME Member, SNAME Ship Structures Committee Member, Associate Editor of Journal of Ship Production and Design, ASNE-CGCS Board Member, ABS Rule Committee participant, and a Professional Engineer.

About The Francis T. Bowles Medal

The Francis T. Bowles Medal is for "Notable Early Career Achievement by a Young Maritime or Ocean Professional".

It was established by the Executive Committee in 2017 in honor of Francis T. Bowles.

Rear Admiral Francis T. Bowles, the youngest naval officer of the U.S. Navy, to hold the title of Rear Admiral, earned significant respect and acclaim early in his naval and professional career and be considered instrumental in the formation of SNAME. He was also elected one of its first Presidents.

The award title is "The Francis T. Bowles Medal." The medal will be made of gold-plated bronze, one side to show likeness of Francis T. Bowles, the other side to show an inscription of award. To be eligible for the medal, as of March 31st of the year awarded, the nominee must be an Associate or Full Member, concurrent to time of nomination, and also must meet the age limit of 35 as of March 31st of the award year. SNAME volunteer service will be considered as a positive factor, but is not required. Anyone may nominate.

The selection of the nominee for the medal shall be made by the Awards Committee of SNAME. The nomination by the Committee and final award by the Council will require a two-thirds vote of the Committee. Notification of the award will be made prior to the SNAME Maritime Convention (formerly the Annual Meeting) and the medal will be presented with suitable ceremonies at the SNAME Maritime Convention or at such time as the President of SNAME may arrange. The medal may be awarded annually.