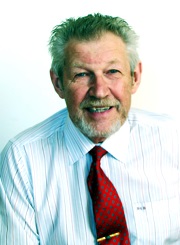 Frank Bercha is an internationally recognized expert in the area of offshore and onshore projects with specialization in risk and safety analysis, probabilistic design, Arctic engineering and ice mechanics, and systems engineering. His academic background includes a PhD (1972) in engineering and a DSc (2014) in architecture, and has published over 200 peer refereed papers in the area of risk and reliability analysis applications to offshore structures and subsea pipelines in Arctic ice and iceberg populated regions, oil and gas pipelines, hazardous material storage facilities and multimodal transshipment facilities. He is the author of two books; namely “Risk Analysis Methods and Applications” and “Building Safety Architecture,” has served on numerous national and international standards committees including CSA and ISO, and appeared as an expert witness at numerous legal and regulatory proceedings. In 1975 he formed the Bercha Group, as President and Principal Engineer, and has conducted over 500 national and international projects involving design and safety analysis. He became involved in SNAME in 1990, served several terms as Chair of the Arctic Section which he is currently, is a SNAME Fellow, and has assisted in the organization of several Icetech conferences since 2000, including one currently planned for August 2022.

About The Blakely Smith

The Blakely Smith Medal is for "Outstanding Accomplishment in Ocean Engineering."

It was established by the Executive Committee in 1979 in honor of Blakely Smith.

Blakely Smith, a successful leader and leading advocate of SNAME in Texas, is best known as one of the guiding spirits and the founders of the Offshore Technology Conference (OTC). His maritime background and drilling experience did not only take him offshore, but also turned him into Houston’s best-known maritime consultant. Blakely Smith participated in experimental operations offshore and served as Chairman of the OTC Executive Committee.

The award title is "The Blakely Smith Medal." The medal will be made of gold-plated bronze, approximately 2 1/2 inches (6.25 cm) in diameter, the obverse side showing a likeness of Blakely Smith and the reverse side carrying an inscription of the award centered between a pair of dolphins. Eligibility for the medal need not be limited to membership in SNAME. The proposal for award may be made by a member of SNAME in good standing.

The selection of the nominee for the medal shall be made by the Awards Committee of SNAME. The nomination by the Committee and the final award by the Council will require a two-thirds vote of the Committee. Notification of the award will be made prior to the SNAME Maritime Convention (formerly the Annual Meeting) and the medal will be presented with suitable ceremonies at the SNAME Maritime Convention or at such time as the SNAME President may arrange. The medal may be awarded biennially in odd years but not more often.